How Olympia Gloves saved my hands in a motorcycle fall. 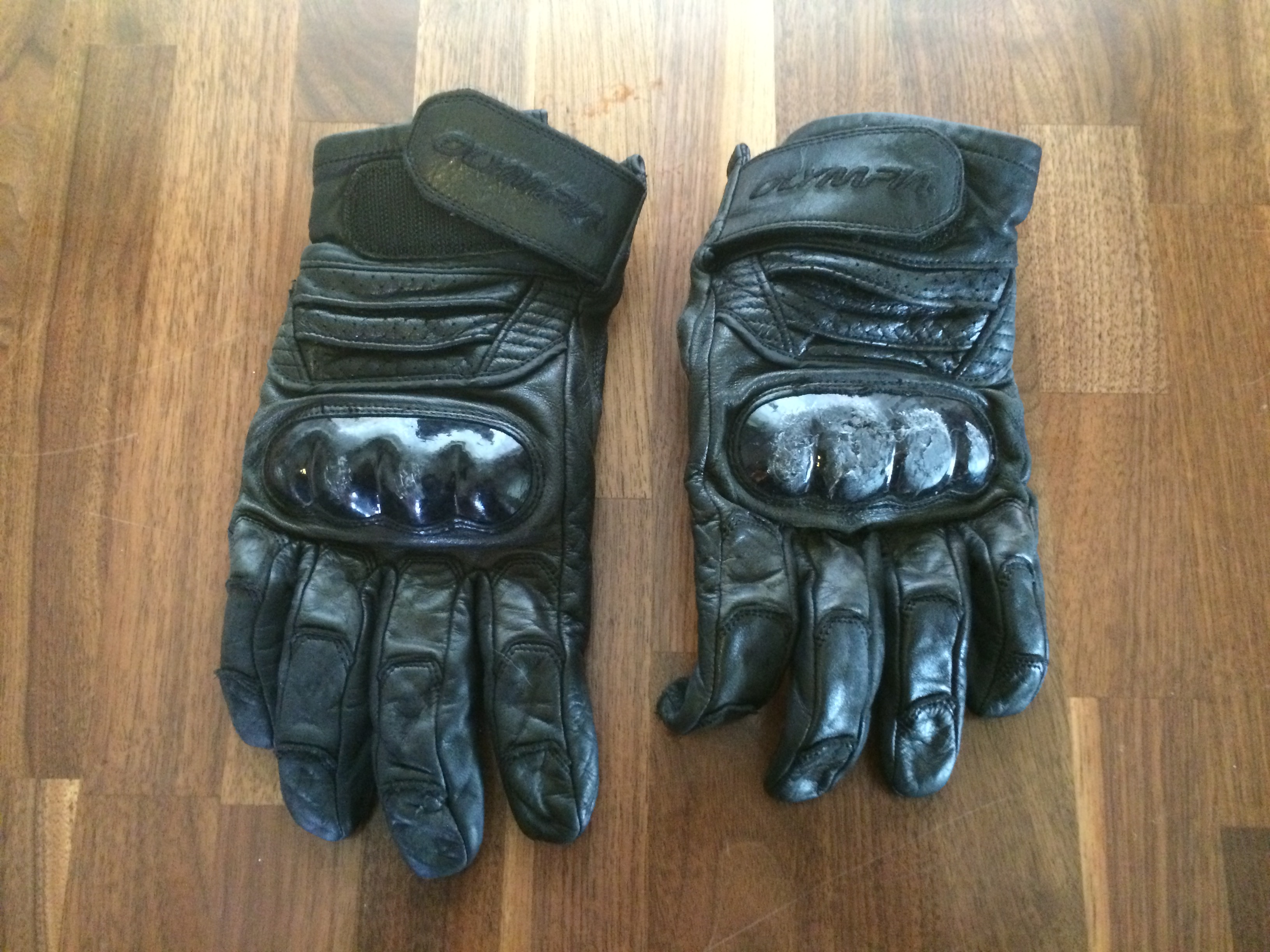 When you get on your motorcycle, you know the risks in the back of your mind. No matter how safe you ride, there are other drivers around you and you never know what can happen. But you ride anyway because you love it. Kenny Quinn is an automotive engineer at TESLA who uses his hands to work on a daily basis. He also loves his motorcycle. But when the unexpected happens, he’s grateful for the outcome.

“Earlier this week, I had an unfortunate incident riding home on the freeway,” Quinn said. “The last think I remember was a car pulling in front of me, then I was waking up in the ambulance.” Quinn didn’t know what happened, what was wrong with him, or what he was facing. He just knew he was scared and no longer on his motorcycle. “I was wearing Olympia Kangaroo Curved gloves. There’s not a scratch or bruise on my hands.” Since Quinn works with his hands on a daily basis, having them in tact and unharmed meant even more to him than an average rider.

“The gloves took a beating, but I haven’t had any hand pain since,” said Quinn. He did his research and chose a pair of motorcycle riding gloves that help with safety and comfort. “I’ve worn these gloves daily for nearly two years and have always loved them for their comfort and quality. Their protective performance has sealed the deal.” Quinn chose the Olympia 470 Kangaroo Curved gloves because they are comfortable and appeared to have high-quality materials and elements. He plans to stick with the brand because the gloves have now gone above and beyond the call and duty and proved themselves to be useful even in the event of an accident.

As an automotive engineer, Quinn understands what kind of work goes into quality products. “I know firsthand that hours can often be long and the work tireless. I want to make sure to let you know that you saved me this week.” He appreciates high quality when he sees it. He always thought he’d chosen the best, but when he was in an accident, he knew it for sure. “I owe you all my deepest gratitude. Thank you.”

We never want to hear about a motorcycle rider having a scary accident, like Kenny Quinn. But we are proud when we hear that our gloves protected his much needed hands during such an incident. Mission accomplished! Kenny Quinn rode in comfort with his Olympia gloves for two years. Then, he used them to protect his hands when he needed them most. Now that’s a reason to take a second look at the features and options on Olympia Gloves.