The Dangers and Pleasures of Motorcycle Spring Riding 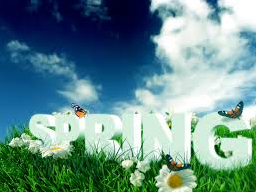 Springtime can be the best time of year to ride…but also the most dangerous. It’s a bit like the Tale of Two Cities – the best of time and the worst of times. Pro: spring smells and warm temps after a long winter. Con: post-winter salt & grime on the roads.

After a rough winter especially, cage drivers have forgotten to even try to look for motorcyclists. We need to be extra careful in the early spring season, and never assume anything about being seen.

So what are we to do as bikers once the temps become reasonable enough to saddle up and take off? Let’s look at some of the dangers of spring riders. It’s kind of a “bad news first” approach. Stick with me … I’ll share some of the pleasures of spring riding next.

Some states had a very hard winter and their roads are paying the price. In the northern states like Michigan and Wisconsin, you might be looking at potholes the size of a small lake. These pot holes can pop up on straightaways, in curves or just about anywhere.

It’s a good idea to allow plenty of space between you and whoever’s in front of you so you can watch for potholes. It’s also wise to avoid riding side by side on unfamiliar roads or roads you haven’t seen in months. You don’t want to limit your space when and if you see a pothole.

Lots of sand, salt and other snow-melting “stuff” can be spread all winter long. So of course at this time of year, the roads are full of salt and sand, which feels a bit like riding on ball bearings, especially in the corners! You need at least a few good spring rains before the roads are cleared. Sand isn’t just a springtime problem. It can also be a problem in the summer in certain areas, adjust your riding accordingly!

On the subject of rain, that first rain after the winter or after a dry period can lift all that dirt and grime  out of the pavement and make the roads VERY greasy ….As the rain continues this initial greasy stage gets washed away so the roads start to become less slippy. However, when the rain stops and the roads start to dry again, the greasy stage will return and can be just as dangerous as the initial stage.

It’s been a few months since car drivers – cagers – have seen a motorcycle. In the springtime, drivers are typically not watching for bikes just yet. We have to remind them that we’re here. It’s wise to always drive defensively, wear motorcycle visibility gear, and be very aware, but it’s especially important in these early days of spring.

Watch out as you come up on intersections with cars or other vehicles. Be sure the driver isn’t moving. My dad taught me to check the tires on the vehicle you’re approaching. If they’re beginning to roll beware.

One thing I’ve seen during the early spring months is a lot of biker friends posting on social media to “look twice, save a life” and to be aware of bikes during these warm months. It’s a good reminder.

There’s a frustrating practice by road commissions in some states to help get a few more years out of a roadway. Pea gravel, or pea stone is spread out and compacted by vehicle driving on it. It’s most common in the summer months, but it’s something to watch out for as the weather warms up. This material can be dangerous for bikers.

Let’s face it, spring isn’t just a time for us to get out and about. Animals are finally free to shed their winter hiding places and search for fresh food & frolic in the spring air. Yes, I said frolic.

Spring can mean major movement for many animals. But it’s also movement for young animals – that have no experience with roadways. Be on the lookout for critters as you take those early spring rides.

That’s right. That which can be dangerous can also be downright amazing. Riding out in the country, seeing the young animals like foals, kids and calves can be a great way to spend a Saturday afternoon.

The warmth on your face

Sure the wind can be chilly in the spring. But that sunshine that you’ve yearned for through the long winter months sure does feel good. Maybe it’s during a fuel stop and you’re just sitting on a bench – or your ride – enjoying it. Soak up that sun!

The budding trees and flowering early-spring plants can put a bounce in your step, no matter how hard core biker you are on the outside. I challenge you to not take a big whiff of the spring air on those first few early-season rides.

We all waited out the winter. Now we’re ready to ride. Spring riding is often a very popular time, and your riding groups may the biggest they are all season. Enjoy time with friends and family. Ride well and smile. Just watch out for those bugs…